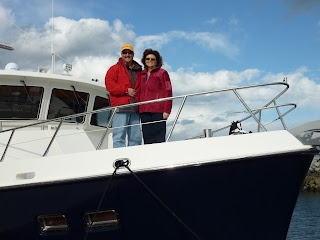 We received word that our wonderful friends from Las Vegas wanted to come and visit. Their flights were made and we needed to make it to Sidney BC to meet them. Our weather was a bit unpredictable and we were not sure which day to try and do the Strait of Georgia. Heading south was very nice and there were weather windows almost everyday so crossing didn't seem to be an issue. HOWEVER......once we arrived in Secret Cove the wind started blowing and blowing. The weather said a good window early in the morning so we tied tight, fixed dinner and hunkered down with a good book. Cast off lines bright and early and headed for the Strait. Somehow we had missed the window and the wind and waves were not in our favor. We poked out a bit further but decided this was not our day for crossing. Headed back followed by two other bigger boats that also felt waiting was better. Two days of strong howling winds and rain and most everything Mother Nature had to offer came our way. Our next planned departure went well and crossing was a bit rough but certainly nothing to worry about. We arrived in Sidney with enough time to spray off the boat and buy groceries.

With the weather on our side we spent time in Montegue Harbor, Ganges for a couple of days because it was the first farmers market/craft fair of the year. You know Sonya and a craft fair. What an awesome time we had. On to Nanaimo and since the weather was perfect we crossed the Strait to Vancouver for a few days. 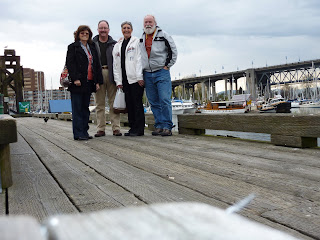 We visited the Farmers Market, China Town where we had some good Dim Sum with the locals. Caught the Steam Clock as it was "steaming", some old churchs and the gardens. 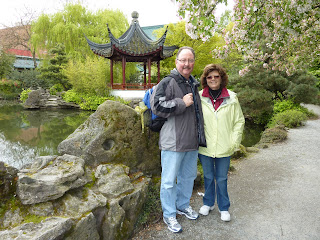 We found the best bookstore in all of Vancouver 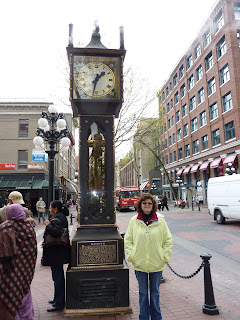 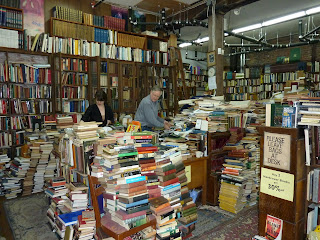