Our winter is over. It was wonderful to see our good winter friends but sad to tell them we would not be open in the winter anymore.
We arrived back on Freyja on March 5th with high hopes of heading out to sea. We were going to spend a day making sure everything was on the up and up as some work had been done on the boat while we were gone. Friday the 6th. We hired a training Captain to spend a day or so with us but somewhere during training things went astray and we had an electrical meltdown. Smoke--I mean SMOKE was coming out from under the helm and out of the portugese bridge. VERY SCARY !! Long story short...it had to do with an unfused battery, no shore power, inverter, etc etc. Problem solved but we did lose some of our electronics and had to have new wiring put into place. 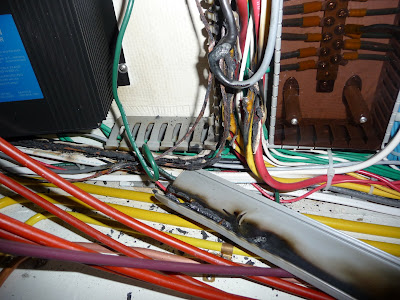 We spent the next week repairing and replacing and headed out to sea on March 11, 2009. We are actually in Lake Union which is a fresh water lake in Seattle. We have to go thru the locks to get to Puget Sound. They have two locks - one for the really big boats and one for smaller boats. HOWEVER...they were doing work on the small lock and we got to experience the BIG LOCK. 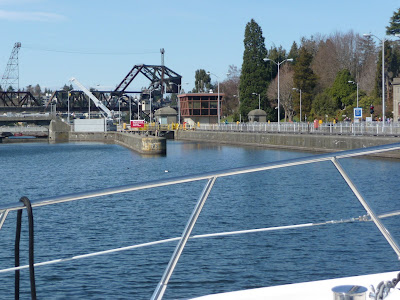 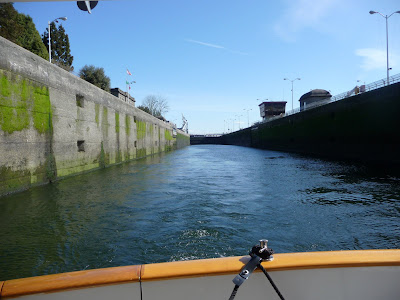 Our first time in salty water.

We headed North from Seattle toward Everett, staying on the East side of South Whidbey Island. North to Saratoga Passage on the West side of Camano Island. Headed to Skagit Bay, past Hope Island and toward Deception Pass. By this time it was 0' dark thirty - and we were navigating in the dark. Stayed the night in Cornet Bay-right at the edge of Deception Pass. Waking up the next morning we realize we were not the only one in the bay. We waited until 9:30 the next morning because the current was only 4 knots at that time. The current thru the pass gets as high as 14 knots - way too dangerous for newbies. 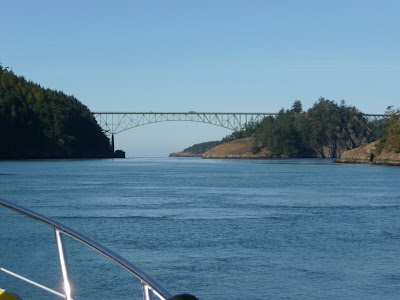 Thru Deception Pass and headed for Canada. Crossed the shipping channel thru Rosario Strait, then thru Lopez Pass, Spencer Spit, followed Harvey Channel between Orcas Island and Shaw Island and headed for Pole Pass (which is about the size of a pole). 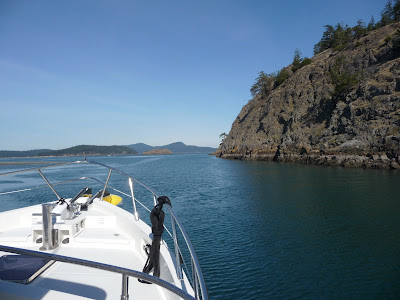 Next adventure - South of Jones Island and down Spieden Channel , Miners Channel to the West side of Sidney Spit. We had a little time before we had to clear customs so we decided to try our hand at anchoring. We parked ourselves on the West Side of Sidney Spit and let the anchor go. Wow....it went really fast-came off the gypsy-and fell into the sea. 450 feet of chain in 45 feet of water. Luckly we have a electric windlass or we would still be there pulling chain. Decided we should head to Sidney and clear customs into Canada before we attempted to try anything else. What a piece of cake clearing customs was. Decided that learning to anchor should be a priority, we headed to South Pender Island and anchored in Poet's Cove. 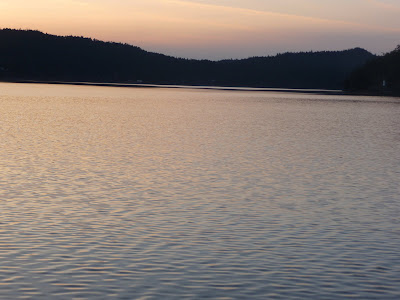 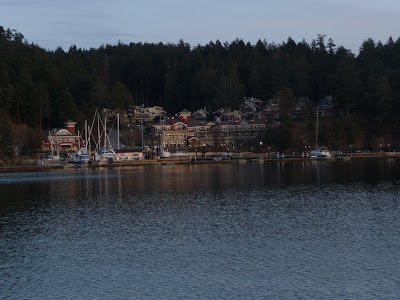 The Resort at Poet's Cove looks like a fun place to stay-but we have a boat-its funner!